Today belonged to Michael Douglas who starred in this morning’s screening of BEHIND THE CANDELABRA. Movie journalists aren’t usually the most magnanimous of souls, but when Douglas stepped into the press conference, every critic and hack there put their hands together to applaud his fantastic performance as Liberace. But that wasn’t all. Halfway though the press conference, Douglas broke down in tears as he explained with candour how much this role meant to him.

“It was right after my cancer, and this beautiful gift was handed to me…and I’m eternally grateful,” he said.  The press room erupted in applause again…with many of the journos in tears too.

When one suggested that Douglas deserved to win this year’s Palme d’Or, the coveted prize at the Cannes Film Festival, the Hollywood legend grinned graciously  and said what he had was enough. “This is as good as it gets. I always have a great time coming here [to the Cannes Film Festival]. It’s a reminder of the joy and celebration of making movies, and rekindles your own energies.”

BEHIND THE CANDELABRA is about the secret and tempestuous relationship between Liberace and probably the biggest love of his life, Scott Thorson, a handsome young animal-trainer who walked into his life in 1977. It’s a wonderful look behind-the-scenes at the lavish lifestyle the flambuoyant pianist lived, and features some great performances by Debbie Reynolds (unrecognisable with a nose prosthetic), Rob Lowe (who is perfectly cast as a plastic surgeon) and of course Matt Damon who not only convinces us that he’s in love with Douglas’ Liberace…but flashes a Brazilian fake tanned butt that, as he said in the press conference, “once you see, you can never unsee”. 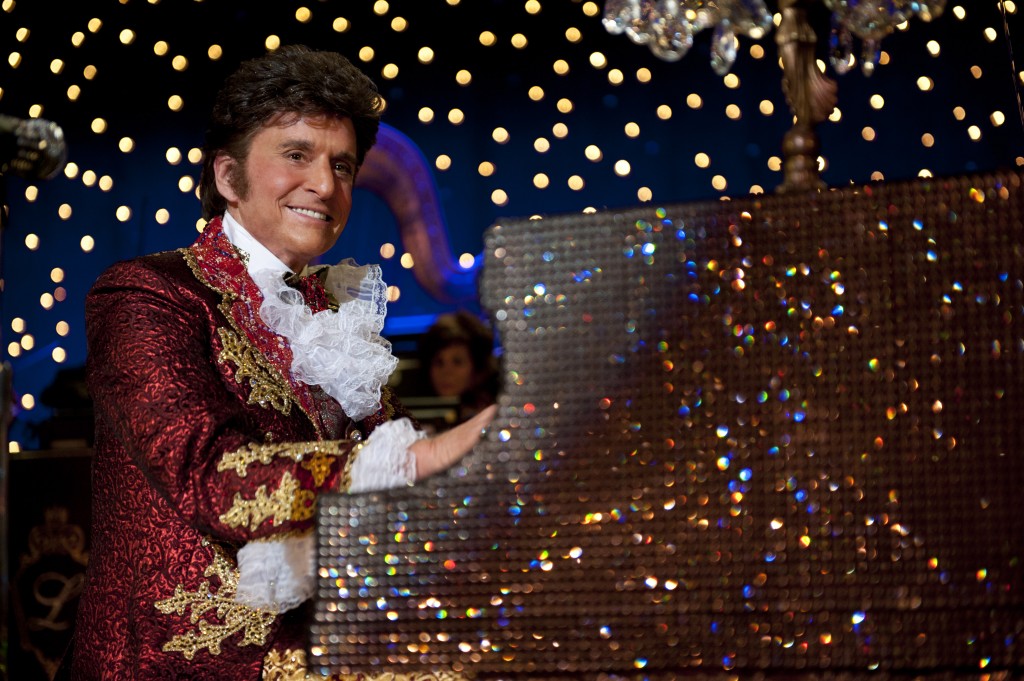