The Captives is a kidnapping thriller starring Ryan Reynolds – I was a little hesitant taking into consideration the last few movies Reynolds starred in but I should have had a bit more faith especially with Adam Egoyan as the director – he paints an intriguing and beautiful spectacle up on the screen. The Captives has a very non linear way of telling it’s story which somehow works really well in keeping the audience engaged and interested in the story. I thought it would over complicate things  and ruin  the movie but this was not the case. It actually makes it that much more entertaining by moving us from one scene to another and then linking them together to make sense. It helps build the tension that this movie had going for it, This movie had some amazing performances – any doubts that Reynolds can act – cast them aside – he plays the grieving father so well –  you see his pain, his guilt, his ups and downs which had me there with him  all the way. Kevin Durand, what a sick character, a villain you love to hate but the movie needs this character for you to be invested in it. A little bit of a slow start but once things start happening you will be glued to the edge of your seat. The tension is that good  that I wanted to see what was going to happen next. 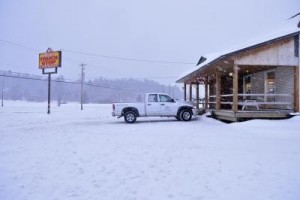 The movie is rooted in reality, it’s real – you feel like this could actually happen to these characters. Enjoyed this a lot. Go see it.