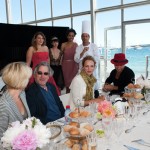 At the press conference tonight, after announcing the winners of this year’s Film Festival, jury president Robert de Niro reminisced that in the past 12 days with his Jury “sometimes we had different tastes but we really enjoyed ourselves. I made some new friends. When you make a film, the drama has to be happening […]

Argh! It’s all come to an end. And the winners of the 64th Cannes Film Festival, as selected by jury president Robert de Niro and his jury (which included Uma Thurman and Jude Law) are: BEST FILM (PALME D’OR) Terrence Malick’s ‘The Tree of Life’ starring Brad Pitt and Sean Penn, which caused the most […] 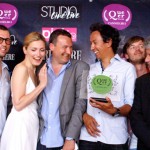 OK, so ‘Skoonheid‘ didn’t win in its official category at the Cannes Film Festival  (Un Certain Regard), BUT it has won the Queer Palm 2011! The award was presented to director Oliver Hermanus last night at a ceremony on Cherie Cheri Beach in Cannes. “Thank you to the organizers and to the jury of this […] 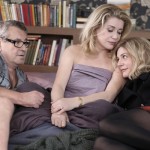 Phew. Sobbed my way through the end of  ‘The Beloved’, the Closing movie of the Festival. It stars French film icon Catherine Deneuve and is exactly what you’d want from a French film: love, love, LOVE. They just do it so much better than their Hollywood counterparts who tend to spin a love story into […]

The Festival draws to a close this weekend, and suddenly I’m panicking that I haven’t seen enough movies. So last night we went to the 10.30pm screening of ‘Drive’ with Ryan Gosling and Carey Mulligan (classic boys’ movie with fast cars, lots of very gruesome skop, skiet & donner and then some snot ‘n trane […]

For everything to look as fabulous as it does in Cannes…there’s a mountain of work that goes into it. Like raking the beach sand in the morning, watering the palms, clipping the flowers in hotel reception halls and clipping the red carpet neatly into place… But even with all of that, you wouldn’t believe how […] 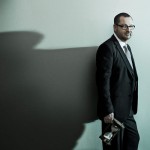 Yikes. We’ve had lots of scandals and stories swirling around this year’s film festival. When Mel Gibson came to town to support Jodie Foster in promoting their movie ‘Beaver’, all talk turned to his recent bad behaviour. Then there’s the French IMF head (well former IMF head) who’s been charged in New York for allegedly […]

Esteemed movie magazine, The Hollywood Reporter, in association with Agoralumiere International held a reception on Monday (16th May) in honour of South Africa’s NFVF CEO Eddie Mbalo. The event, attended by the who’s who of the international film industry professionals, was held at the Hollywood Reporter Pavilion here in Cannes. Mr Mbalo was honoured for […] 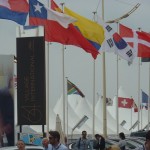 Always fab to visit the South African National Film and Video Foundation in Cannes. Like home from home. The pavilion is right on the beachfront in the designated ‘international village’ where the ‘market’ people meet – those who buy, sell or make movies. And you’re always warmly welcomed with good old South African hospitality by […] 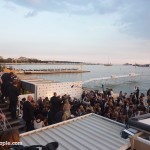