Oh sob. I hate it when the Film Festival ends. You know this becomes your life, your world. And it’s fascinating. You’re interviewing creative people at the peak of their careers who are living their lives to the full, who are not too scared to follow their dreams. And you’re watching movies about life. Life. […]

What a fantastic feeling, to be in Cannes – at the wondrous Cannes Film Festival – and have the last official film of the festival be set in South Africa! The film is called “Zulu” – yes, it has the same name as the movie that Michael Caine made famous…but this one does not include […]

I wanted to love The Immigrant more than I did. Sorry. It was good. Well made. But it dragged a little. Perhaps the lighting was a little too dark. Or perhaps the subject just was so harrowing and so well portrayed that I left feeling drained. And typically, this is the one film that I […] 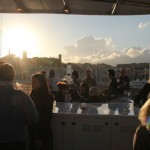 Cannes this year is full of ladies with little dogs in handbags. Funny to see the Hollywood trend making it to the shores of the Riviera. Umbrellas have also been an accessory. And goodness the wind has howled. And…as always…the people have partied…and the celebrities have shone. The other night I nearly knocked Uma Thurman […] 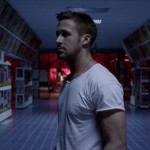 Ryan Gosling and Nicolas Winding Refn teamed up again to do Only God Forgives – set in Thailand and focuses on Julian (Gosling), a small time criminal who runs a boxing club in Bangkok. After his brother Billy (Tom Burke) is brutally murdered by a Police Captain named Chang (Vithaya Pansringarm), Julian goes on a […] 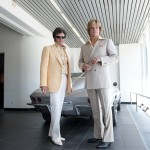 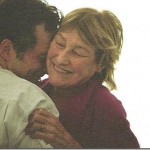 What a wonderful surprise – quirky, funny, touching…found myself not wanting it to end. The entire audience laughed throughout, most of the time at very serious moments but it was so funny that we couldn’t help but laugh – even Louise and Ludovico in a very serious moment of possibly losing everything they had couldn’t […] 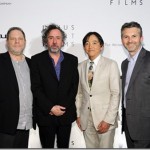 So as you know – this is one of my favourite things about being a journalist and being at the Cannes Film Festival – to watch a movie, be a little confused…and then be able to ask the people who made that movie exactly what it all meant! And that’s what happened today, after last […]

I don’t know how they do it, but the Coen Brothers always surprise! So even though you know there films are never going to adhere  to the normal structure…you still get a surprise when the beginning is at the end, when there’s an entire mini-movie within the movie…and when really, you’re not quite sure what […]