I’ve just made it into the Killing Them Softly press conference. Hottest ticket at the Cannes Film Festival today. Long queues outside. Huge crowds. All waiting for Brad (Pitt) – just seen him outside…glossy long blond locks today. He’s playing the movie star really well…smiling with that twinkle, stopping to chat to everyone…as he makes his way here… 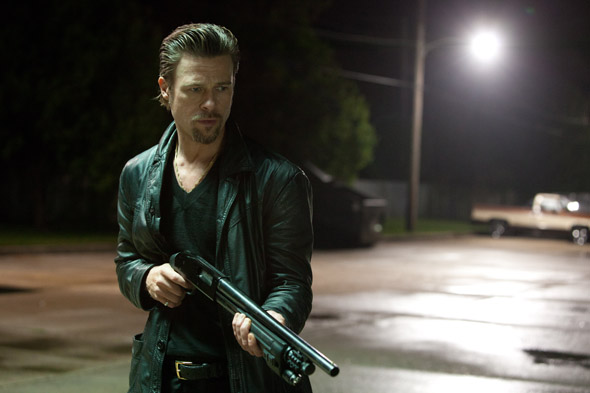 Normally I don’t like “boys’ movies” but this script is brilliant – a screwball comedy come gangster movie that’s really about the financial crisis, played against the backdrop of speeches by Barack Obana, George McCain and George Bush.

A couple of scenes with graphic violence…albeit stylised and in slow-motion. Still had to turn away.