The queue for MAD MAX: FURY ROAD (MAD MAX FURY ROAD)’s press conference this afternoon is LOOOONG and very very busy with conversation. Some people HATE the movie. But most are blown away. As blown away as the sand in the desert storms depicted in the film. 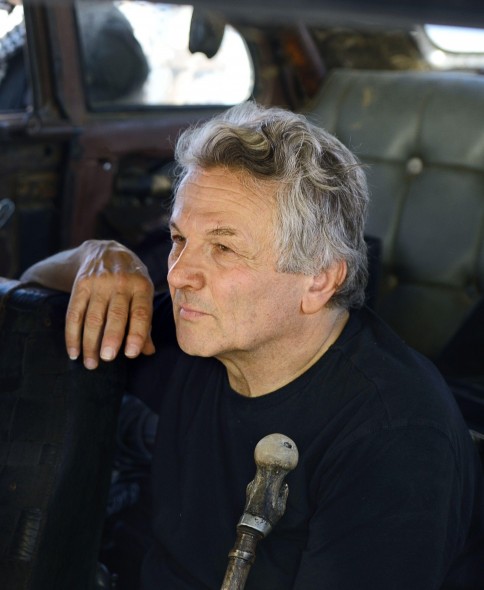 So George’s wife was there today because she’s the brilliant film editor – who spent HOURS cutting and splicing and turning this film – that had no real plan – into a movie. George handed it over to her because he knew she would make it interesting. 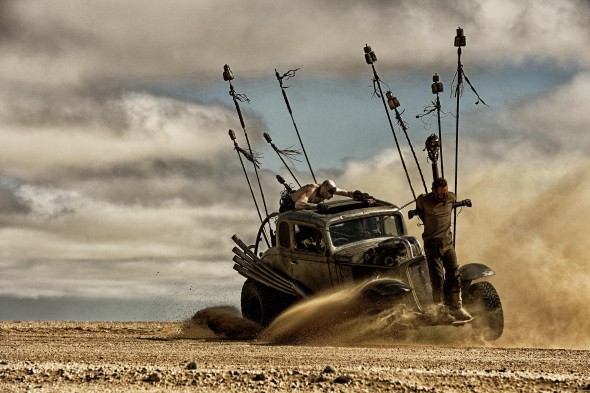 For over a year she had virtually no life as she sat in front of a screen with her team and turned this into a masterpiece.

It’s obvious from some of the comments made by Charlize that she wasn’t that enthralled with the whole experience. Even though it took her back home – filming was in Namibia – the sand seems to have been too much and too boring for Charlize. And she found George’s method a little different. At times the actors would ask him for direction – but mostly what he had was a comic strip of what he wanted rather than an actual script.

But in the end Charlize is AMAZING as Furiosa. A true hero – male or female.

The film is surely set for great things. Unlike Brad Pitt, Charlize gapped it at the end of the press conference, not stopping to smile, sign autographs or pose for anyone.