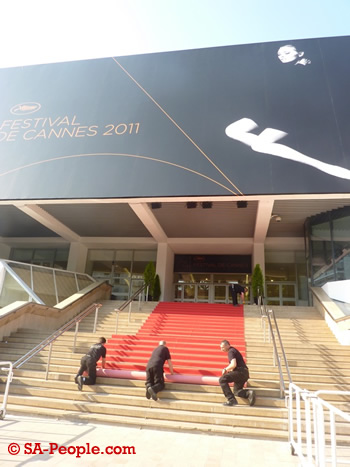 Clipping the red carpet into place (and this pic has not been photoshopped!) Pic: Anthoni Panayis

For everything to look as fabulous as it does in Cannes…there’s a mountain of work that goes into it.

Like raking the beach sand in the morning, watering the palms, clipping the flowers in hotel reception halls and clipping the red carpet neatly into place…

But even with all of that, you wouldn’t believe how much the photographers here in the press room don’t just photoshop the stars – they actually photoshop the red carpet too!

Hopefully future generations will look back on our photoshopped pics and laugh at the irony of taking photos to record an event…and then altering that record!

(Oops – I suppose it’s what historians have always done.) 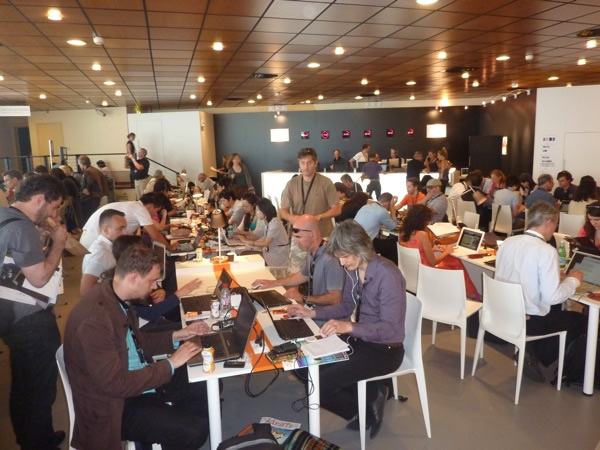 Journalists and photographers hard at work in the press room

Met this amazing New Yorker yesterday at the Almodovar press conference. She was raving about Antonio Bandeiras, their lunch on a boat, and how she used to look after him when he first moved to the States and didn’t speak much English (pre-Melanie Griffiths). She had a thousand brilliant stories – about knowing Leonardo di Caprio, how Oliver Stone put her in ‘Wall Street: Money Never Sleeps’ last year, how she promoted ‘The King’s Speech’ for the Academy Award this year, and how back in the day she worked on Stephen Spielberg’s ‘E.T.’ She was SO New York. Gorgeous, fast-talking and very alive! “I’m older than you realise,” she said, “I have my own Antonio Bandeiras!” (referring to his role as a plastic surgeon in Almodovar’s movie). She revealed the way to make an actor happy is to tell them how amazing they look (she does it all the time when she visits her celeb friends backstage on Broadway).

We exchanged names at the end and I (naturally) googled her – and OMG – she’s just one of the most legendary movie publicists in New York. So all her stories were absolutely true.

She was so different to so many of the film publicists you meet who become too-cool-for-school and pretend to be not one bit interested in movie stars – I got the impression she’s so popular because she’s still as enthusiastic and passionate about movies and their stars as she was whenever she began (whenever that may have been…).

Later on, bumped into another gorgeous, fast-talking and very alive movie maestro…just with a different accent – Nashen Moodley – manager of the Durban International Film Festival. He’s the movie maestro who selects which films to screen at the Durban Festival (and is involved in selection for the Dubai Festival too). Since arriving in Cannes he’s watched over 15 movies and can tell you about each one in detail. He’s also super-connected to everyone who’s anyone in the South African movie business…and had to dash off to meet up with hot young ‘Skoonheid’ director Oliver Hermanus. 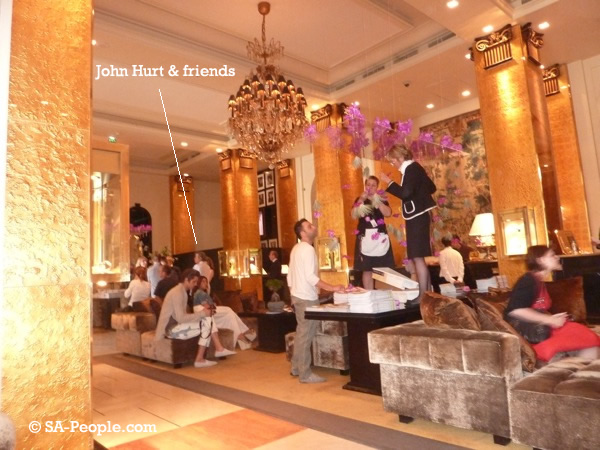