Every morning at 8.30am it’s where we journalists go to watch the movies in competition for the Palme d’Or. But we look a little less glam than the night time stars! And we’re treated very strictly. No water. No food. All confiscated. This is not popcorn and movies! It’s funny though – you have to hand in your cameras…but you’re allowed to take mobile phones in… Marion Cotillard with killer whale in Rust and Bone

She’s joined by a rather smouldering Matthias Schoenaerts – who’s destined for Hollywood. Not just because of his looks. He has amazing talent (even Marion gushed about his range to us, after the movie)…and he’s already mastered fluent English with a fantastic American accent.

So to watch the two of them up on screen was bliss. A flicker of an eyelash, a turn of a lip…and their expressions convey so much.

But it wasn’t the film I was expecting. I had read it was set in Antibes – where I happen to live – so I was looking forward to a panoramic gem that would showcase this beautiful spot – its 2,000 year old walls, cobble stones and coffee shops.

But this was no postcard from Provence. This is real. It’s gritty. In fact the cinematic film itself is grainy.

But it’s a powerful film. It’s modern France. It’s the cashiers we deal with daily at the supermarche (supermarket), the guys who work as bouncers at the local clubs, the people who are trying to make ends meet on the sunny Cote d’Azur where not everyone is a Russian billionaire.

For me, the film resonated personally. Marion plays the trainer of orca whales at nearby Marineland. One of my friends is a trainer of orca whales at Marineland. Marion becomes an amputee. My 12-year-old daughter is an amputee. So when Marion’s character gets to swim with wild abandon in the Med…I’ve seen that same joy on Tara’s face as she feels the freedom of floating in the sea, unencumbered by legs that don’t work.

And, as with most movies, it’s a story about love. Family. Friends. Lovers. Whilst watching, there are moments when you think it’s maybe being drawn out a little too long…but the final scenes make up for it, make you realise you needed to see everything beforehand in order to feel what you feel at the end. I sobbed. With wild abandon. 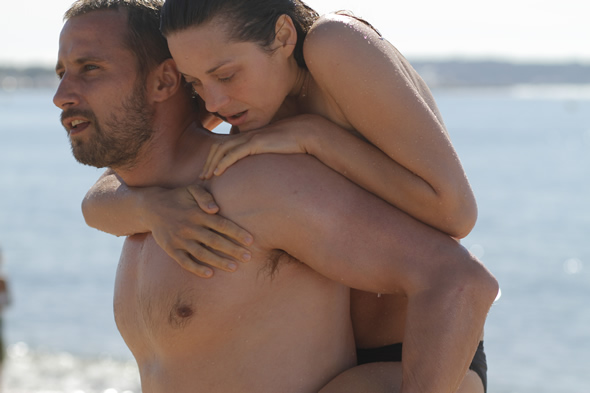