I fell in love with Sofia Coppola today. I never fancied her before. She seemed so cold. Remember how she sued Kim Basinger for not acting in her movie? But today, sitting up there in the press conference, talking like an ordinary girl with ordinary fears and pride for her beautiful film, she took my breath away. She was more normal and decent and deep and interesting than most people you may happen to meet. And you would never realise her dad was the great Francis Ford Coppola (‘Apocalypse Now’) except that she does talk about him and the rest of her family – because she is so intensely close to them, and has worked with them ‘The Bling Ring’.

Coppola is the director of  this sweet, funny, sad film which is basically about how social media has changed people’s values…for the worse.

The discussions at today’s press conference were fantastic – so engaging and relevant and contemporary – about how kids of today are creating entire images for themselves on platforms like Facebook, how they no longer live in the moment because they’re so busy taking photos of themselves during every moment of their lives…and even when nothing’s happening in their lives to photograph, there’s always the selfie!

The film’s story is based on an article that appeared in ‘Vanity Fair’ – a true story about a young group of teenagers who broke into the homes of celebrities like Paris Hilton repeatedly to try on and steal their clothes…and photographed themselves doing it. They’re the youth of today who value fame above anything else.

The cast is fantastic, and includes Harry Potter’s Emma Watson who is insanely brilliant in her role…and makes you forget Hermione instantly. Emma was also brilliant in the press conference, speaking about how petrified she was that she wouldn’t be able to do the accent right. You could tell that they’re all close – they’ve had fun. Sofia’s a family girl and she’s treated her film cast and crew like family too. 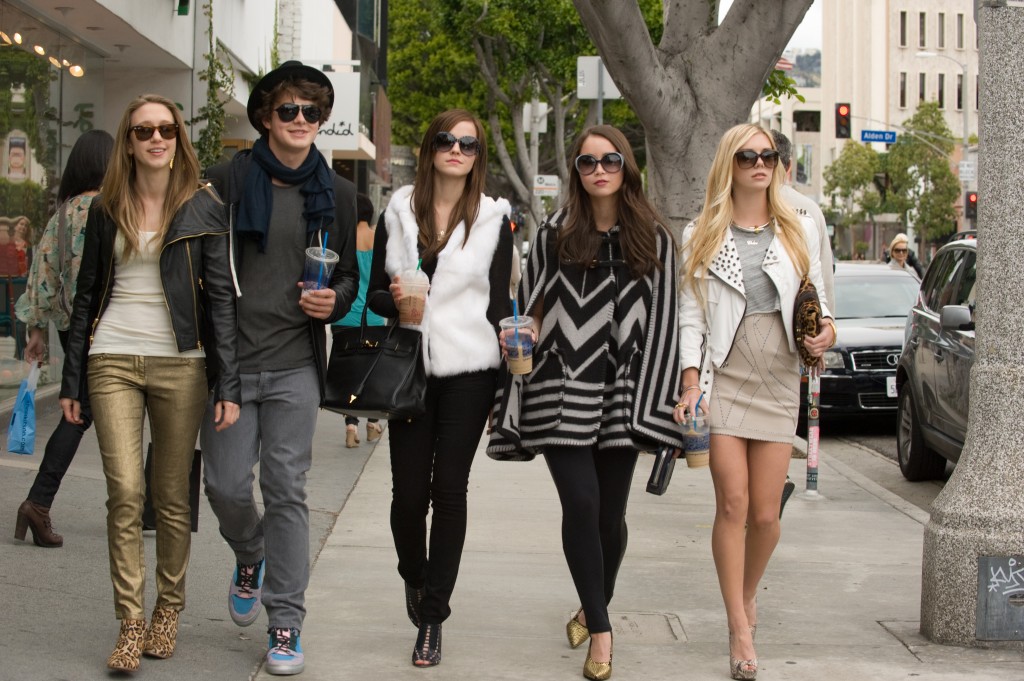 The cast of The Bling Ring