The Search is directed by Michael Hazanavicius and depicts the horror and inhuman violence in the second Chechen War in 1999. This is a remake of Fred Zinnemann’s 1948 wartime melodrama. 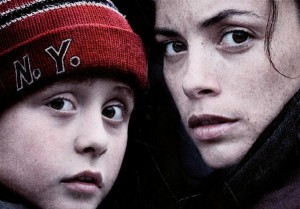 The movie takes us through the story of four lives that are somehow connected and brought together by a twist of fate. It’s strangely put together, edited, major characters dropping off in big chunks of the film spoiling the flow and emotions Hazanavicius was hoping for. 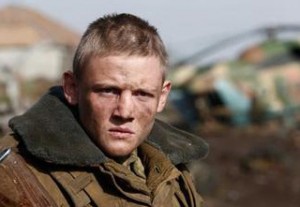 The film opens with Russian troops brutally executing a Muslim couple leaving behind 3 children. The 9 year old boy Hadji is afraid of the soldiers so takes his baby brother and flees, separated from his sister Raissa  – he doesn’t think he can look after his brother and leaves him on the door step of a local family and he ends up in a refugee camp.
He is found by Red Cross worker Helen played by Annette Bening but soon runs away at the sight of a soldier ending up in the reluctant care of Carole (Berenice Bejo), an EU worker compiling a human rights report in the hope of inspiring a European intervention in the region. Hazanavicius falls short in creating any tension and real emotion ultimately adding up to a movie that doesn’t have much to say that hasn’t be done better in other movies portraying similar war stories.